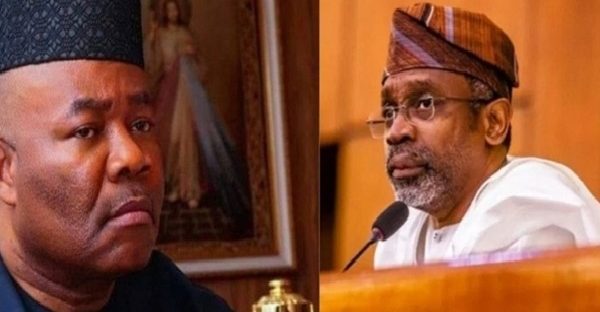 The House of Representatives will decide today on allegation by Niger Delta Minister Senator Godwill Akpabio that National Assembly members were the biggest beneficiaries of contracts from the Niger Delta Development Commission (NDDC).

The House gave the Minister 48-hour ultimatum to publish list of lawmakers in the 9th Assembly who got contracts from the NDDC.

While testifying before the House Committee on NNDC on Monday, the Minister alleged that 60 percent of contracts at the Commission were awarded to members of the National Assembly.

Minority Leader, Ndudi Elumelu, who drew attention of the House to Akpabio’s allegation under matters of privilege, said his constituents have been calling him to find out if he benefited from the contracts.

Speaker Femi Gbajabiamila, who said that his initial reaction was to have a good laugh, declared he will take the matter seriously.

He gave the Minister 48 hours to publish the list, including names of legislators, the contract awarded to them, when it was awarded, amount involved and extent of execution of the contract.

The Reps are expected to take a decision on the matter on Thursday before adjourning for their two- month annual break.