Halima Abubakar Nollywood actress Halima Abubakar wants the penises of any man who is found guilty of raping a woman to be cut off. According to the movie star in a post shared via her Instagram page on Wednesday, August 2020, rapists are a menace to the society hence the need to have their penises… END_OF_DOCUMENT_TOKEN_TO_BE_REPLACED 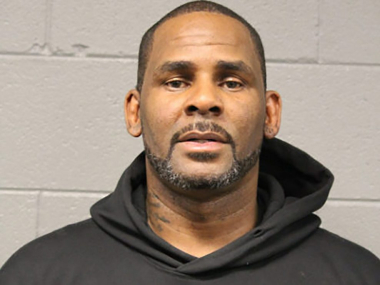 R Kelly There are reports that music icon, R.Kelly, has been attacked by an angry inmate in jail. According to TMZ, the disgraced music star who is facing sex abuse charges among others, was attacked by another inmate inside the Metropolitan Correctional Center in Chicago, United States of America. It is alleged that the inmate went on the… END_OF_DOCUMENT_TOKEN_TO_BE_REPLACED

Mercy Eke and sister Promise Eke The winner of the fourth season of Big Brother Naija season 4, Mercy Eke has gotten for her elder sister, Promise, a car gift on her birthday. The reality TV star took to her Instagram page on Friday, August 28, 2020, where she shared a video of the gift… END_OF_DOCUMENT_TOKEN_TO_BE_REPLACED

Nollywood actress, Angela Okorie says Nigerians who have been mourning late movie star, Chadwick Boseman are hypocrites. The movie star in a video shared via her Instagram page on Sunday, August 30, 2020, said she wonders where Nigerians were when the Hollywood star was battling with cancer. "In conclusion, people celebrate death more than life… END_OF_DOCUMENT_TOKEN_TO_BE_REPLACED