In a letter released through his lawyer, Mike Ozekhome Chambers, Babatayo has been asked to pay D’banj N1.5B.

This is the breakdown of what the money will be paid for; 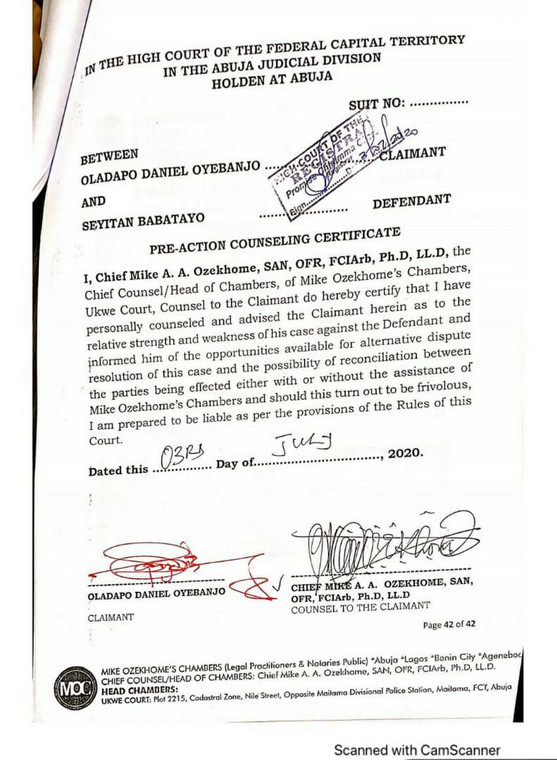 N1 billion is being demanded in damages “over the untold embarrassment, derision, public ridicule, odium, obloquy, marital disharmony, mental agony and psychological trauma which the Defendants’ tweets and publication have caused the claimant.” 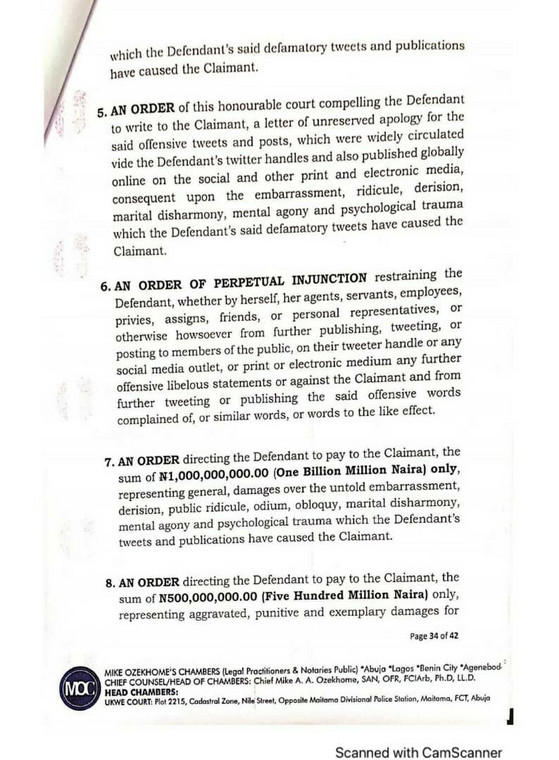 Babatayo is expected to pay 500M for aggravated, punitive, and exemplary damages

While N500M will be for “aggravated, punitive, and exemplary damages.” 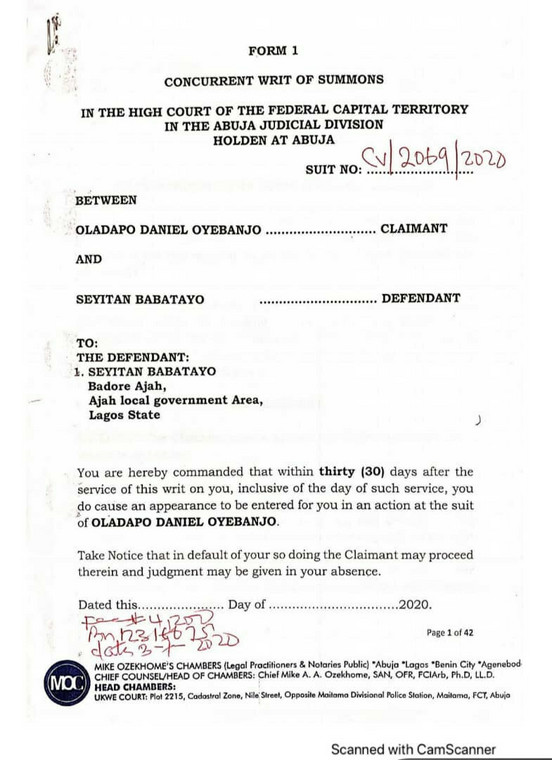 Part of the letter released by the music star’s lawyers, Mike Ozekhome and Co

The suit also demanded that Seyitan writes D’banj “a letter of unreserved apology for the offensive tweets and posts”.

This is coming on the heels of the complaint Babatayo had filed against the music star where she accused him of arresting and holding her captive.

D’banj had come out to deny the accusation and demanded apology and N100M in damages while there were reports that he used the police to try and bully Babatayo.