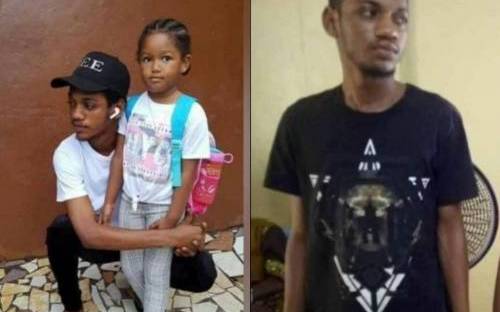 Autopsy results later indicated that Kadijah had been raped multiple times. Her dad requested the older daughter also got tested; she too had been raped by their older cousin.

Afive-year-old girl, Kadijah Madinatu Saccoh, was defiled by her older cousin who goes by the alias “Rex Shour” in Sierra Leone and died as a result of the injuries, SaharaReporters has gathered.

“The depravity of sexual violence is obscene, criminal, and objectionable,” President Julius Maada Bio of Sierra Leone said on Tuesday at a press conference.

“As a government, we stand with the survivors, victims, and their loved ones and my government will vigorously prosecute cases and bring all perpetrators to justice,” he said.

There have been reports of foul play, causing speculations as to what happened to Kadijah.

Kadijah and her 8-year-old sister were staying with her mother, Binta Koroma’s older sister and her son, who is the alleged paedophile.

The aunt had informed the Saccoh family of Kadijah’s death, asking for permission to bury the child. However, the dad insisted on knowing the cause of death.

“I was told she had died, so I asked for an autopsy before they rushed to bury her,” Abubakarr ‘Congolese’ Saccoh, Kadijah’s father, told SaharaReporters.

Autopsy results later indicated that Kadijah had been raped multiple times. Her dad requested the older daughter also got tested; she too had been raped by their older cousin.

When the aunt found out about her son raping her nieces, she allegedly hid the crime from their parents and attempted to treat the girls herself. Unfortunately, Kadijah did not survive the injuries.

“His Excellency and myself have been briefed in person by the Deputy Inspector General of Police and the officers in charge of the case,” Mrs Fatima Maada Bio, First Lady of Sierra Leone said on her Facebook page on Sunday. “We want to assure you all that this is not a case we are taking lightly.”

Maada Bio has been fighting sexual abuse of girls with her “Hands Off Our Girls” initiative, and she’s confirmed that both suspects, the alleged rapist and mother, were in police custody as they continue the investigation.

Change.org and White House petitions have been created demanding Justice for Kadijah.