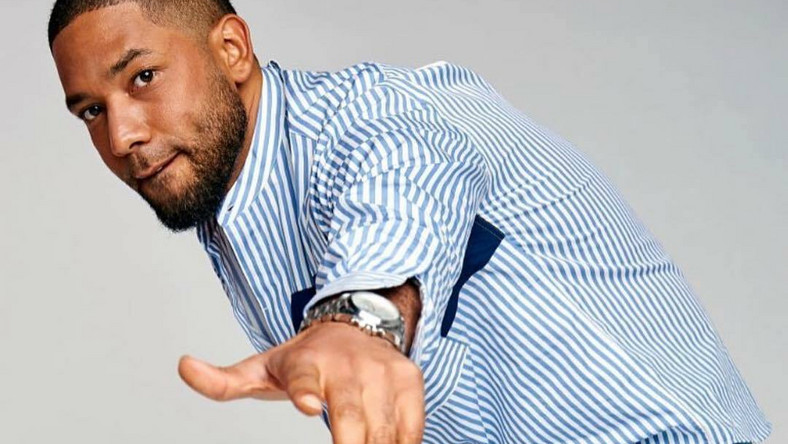 Jussie Smollett thinks the city of Chicago owes him for defaming his character.

Jussie Smollett isn’t letting sleeping dogs lie as he has sued the city of Chicago over what he describes as malicious prosecution against him.

According to TMZ, the ‘Empire‘ star is suing the city of Chicago for creating a false story against him which has cost him a lot. In the lawsuit, obtained by TMZ, Smollett notes the Osundairo brothers were held for 47 hours and they adamantly denied any involvement in the assault.

Jussie Smollett believes it was only after the police had offered the Osundairos a soft landing that they began to sing a different song about the attack. He believes his attacker wasn’t a black person rather a white male.

Jussie has the Chicago Police Department and the Osundairo brothers on the list of people in his suit. Jussie Smollett made the headlines earlier in the year when he was reportedly attacked.

Jussie Smollett was hospitalised after he was reportedly injured by two men in what looks like a homophobic attack back in January. According to TMZ, the ‘Empire’ star arrived in Chicago from New York late Monday. He went to a Subway around 2 am because he was hungry. When he walked out someone yelled, “Aren’t you that f***ot Empire n****?”

There were reportedly two white men wearing ski masks that viciously attacked Jussie as he fought back. He reportedly suffered a fractured rib, and the attackers put a rope around his neck and poured bleach on him as they yelled, “This is MAGA country.”

Jussie Smollett was indicted by the grand jury in Chicago for felony after staging his attack. A Cook County Grand Jury handed down the indictment on Wednesday, February 20, 2019, after going through all the testimonies and evidence.

According to TMZ, the two brothers, Ola and Abel Osundairo told the jury that they staged the so-called “attack” at Jussie’s behest and even got paid for it. The brothers were caught on camera buying a bunch of supplies before the incident including ski masks, gloves, bandanas, sunglasses, and red hats.