France coach Didier Deschamps has backed star man Antoine Griezmann after a less than ideal start to life with Barcelona. The 28-year-old moved to Camp Nou from Atletico Madrid this summer and has since scored four La Liga goals and added three assists. However, questions have been asked of Griezmann, and Deschamps came to the defence of… END_OF_DOCUMENT_TOKEN_TO_BE_REPLACED

Barcelona sporting director Eric Abidal has said Netherlands coach Ronald Koeman fits the criteria to coach Barcelona one day but that Ernesto Valverde retains the club's backing. It was revealed recently that Koeman's contract with the Netherlands includes a clause that would allow him to join Barca after next summer's European Championships if the Catalan club come… END_OF_DOCUMENT_TOKEN_TO_BE_REPLACED

Lionel Messi was guest of honour all weekend at Turki Al-Sheikh's mansion, and the Almeria owner made his pitch to sign the Barcelona star.... UD Almeria were under a little more pressure than usual on Sunday as a host of big-name football stars watched their Segunda Division tie against Elche. After facing Brazil in Riyadh on Friday, several… END_OF_DOCUMENT_TOKEN_TO_BE_REPLACED 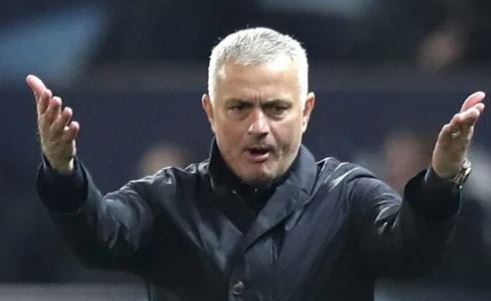 Tottenham Hotspur have appointed former Chelsea and Manchester United coach, Jose Mourinho as the club’s new manager on a three-year contract which expires at the end of the 2022/23 season. The club sacked manager Mauricio Pochettino on Tuesday evening following a dismissal campaign they have so far suffered this season. They currently sit at 14th… END_OF_DOCUMENT_TOKEN_TO_BE_REPLACED