Luka Modric is the proud recipient of the 2019 Golden Foot, the award which is bestowed to the best player in the world over the age of 29.

Modric became the latest player to land the prize after excelling with Real Madrid and Croatia in the recent past, most notably by finishing runner-up at the 2018 World Cup which played a part in him winning the Ballon d’Or.

However, 2019 was hardly a vintage year for the 34-year-old midfielder as Madrid finished third in La Liga, were dumped out of the Champions League round-of-16 by Ajax and lost their Copa del Rey semifinal to Barcelona.

Still, the winner is decided by an online vote after an international jury selects nominees, so the people have spoken.

Modric flew out to Monaco to collect his prize, thus becoming the 17th player to do so since the inaugural Golden Foot was given to Roberto Baggio in 2003.

The Italy legend won the Golden Foot after scoring 12 goals to help Brescia to an impressive eighth-place finish in Serie A, also scoring his 300th career goal in the process. 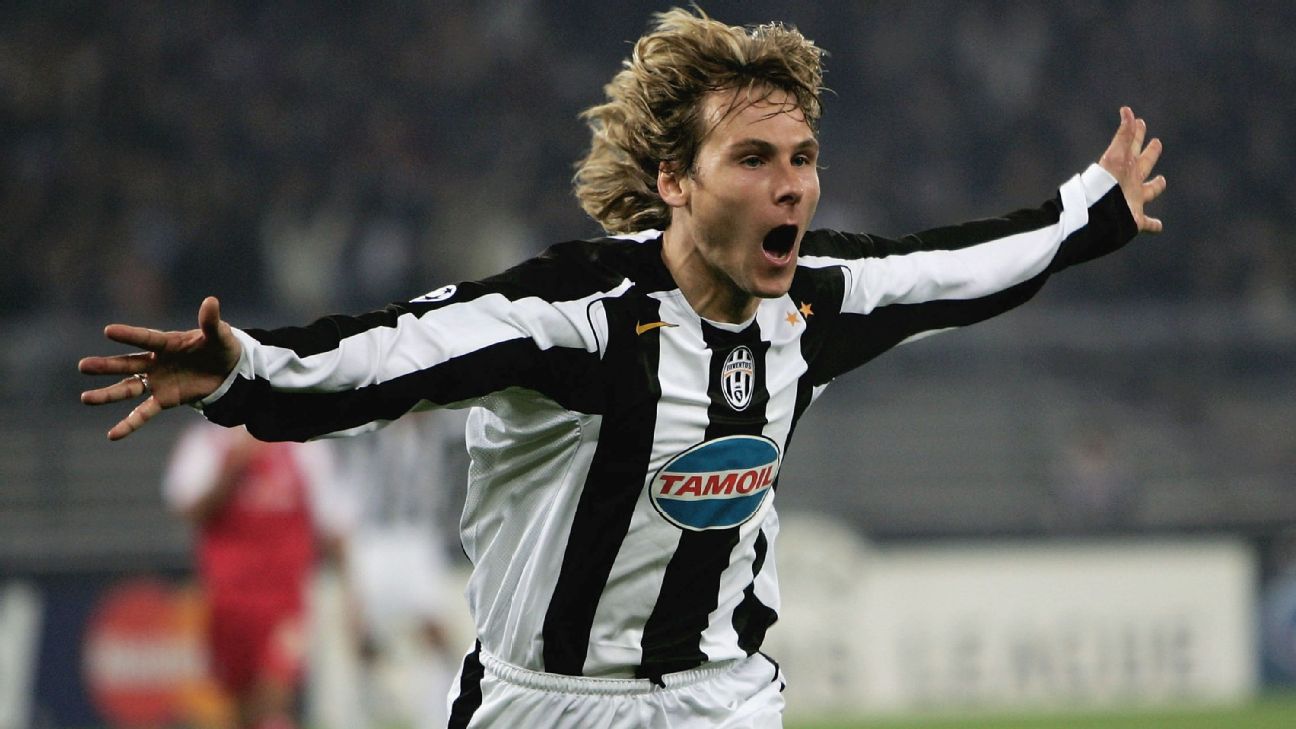 The Golden Foot was just one of many individual awards collected by the Juventus star in 2003-04, the season in which he was also named World Footballer of the Year and claimed the Ballon d’Or.

Having won the Champions League and Serie A with Milan in 2003 and 2004 respectively, Shevchenko belatedly saw his goal-laden efforts recognised with a Golden Foot. 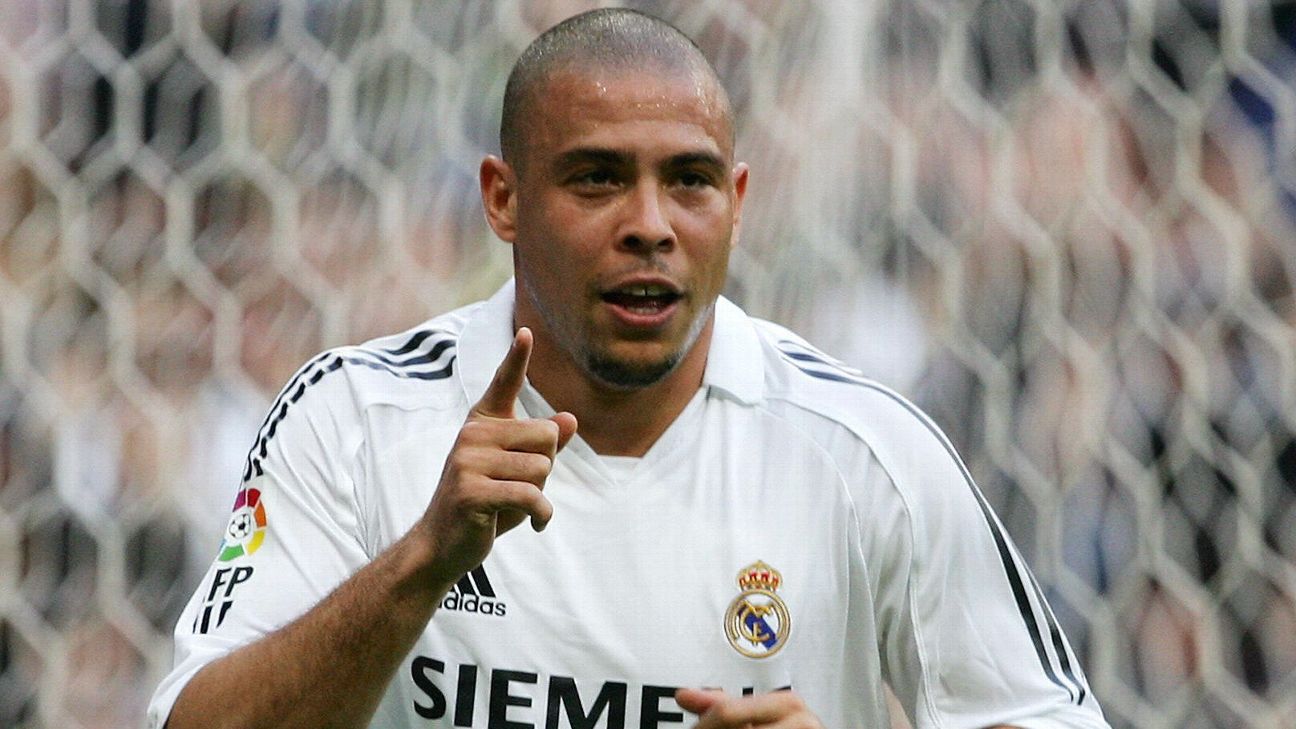 By 2006, Ronaldo was undoubtedly past his peak, with his final season at Real Madrid ravaged by fitness issues. In the season he won his Golden Foot, O Fenomeno made just seven league appearances, scoring just once.

A World Cup winner with Italy in 2006, the Juventus icon followed up with a sweep of individual awards before finishing as top scorer in Serie A in the 2007-08 season.

The Brazil international won the Golden Foot shortly after bringing his wildly successful 11-year stay at Real Madrid to an end with a free transfer to Fenerbahce. 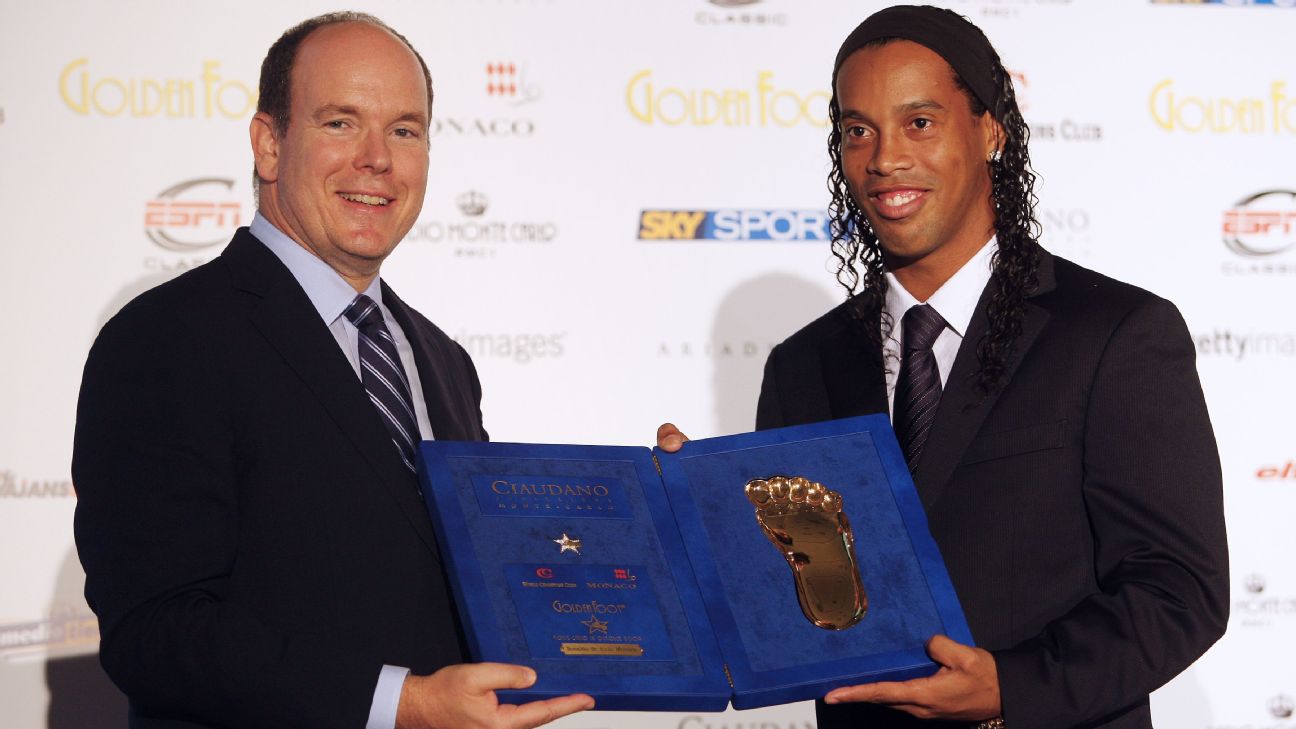 Ronaldinho’s Golden Foot came just after he left Barcelona in favour of a move to Milan, where he saw his initially promising debut season fizzle out amid fitness concerns.

Totti’s Golden Foot coincided with him falling down the pecking order under Claudio Ranieri at Roma, spending much of his time relegated to the bench in favour of younger, more agile forwards.

After being named Manchester United’s Player of the Decade in 2009, Giggs underlined his status as a one-club legend by celebrating his 20th year as a United player in 2010. He also maintained his incredible record of having scored in 21 successive top-flight campaigns. 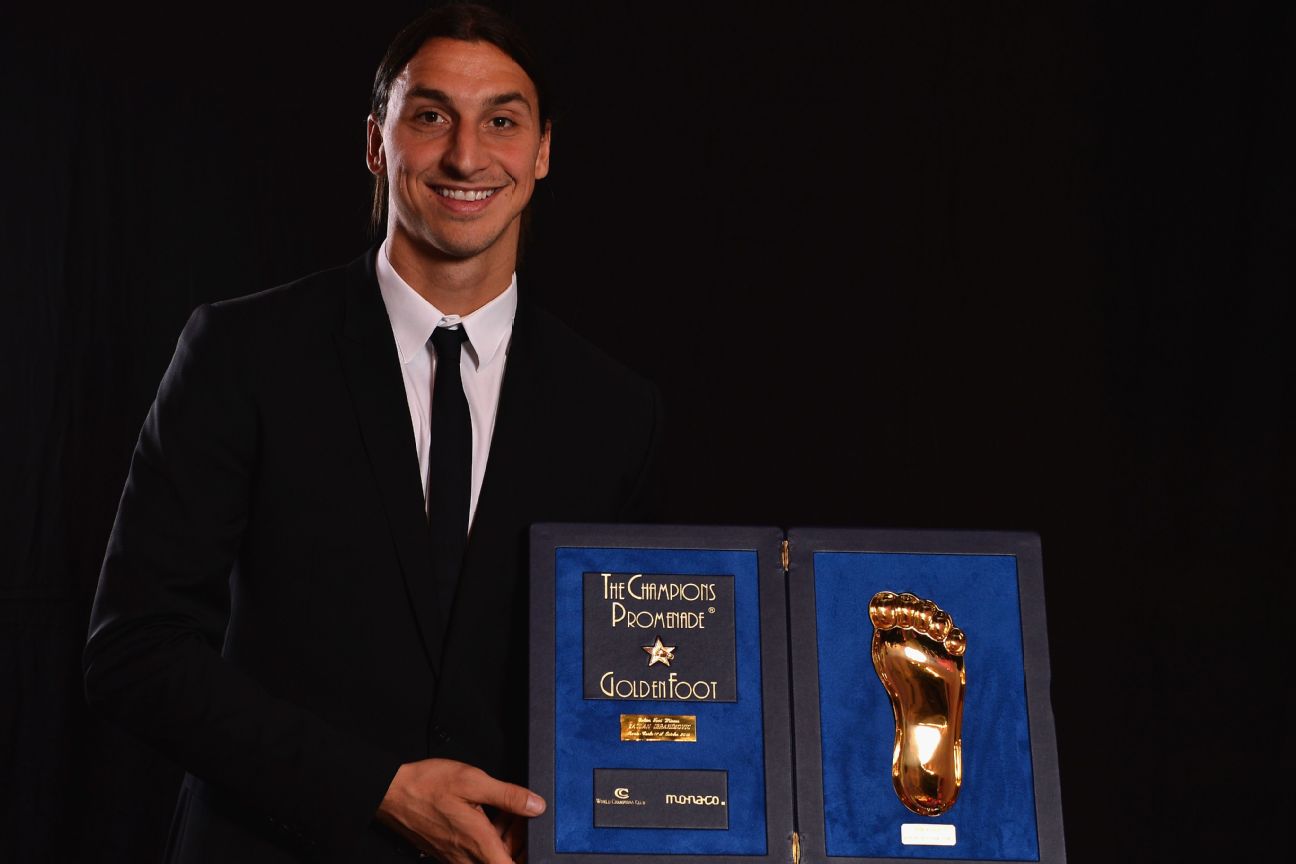 As well as the deluge of goals, Ibrahimovic was awarded the Golden Foot after winning eight top-flight titles in a row with Ajax, Juventus, Inter Milan, Barcelona and AC Milan between 2003 and 2011.

The two-time African Football of the Year took the Golden Foot honours after claiming the fifth league title of his distinguished career: Four coming with Chelsea and one latterly with Galatasaray. 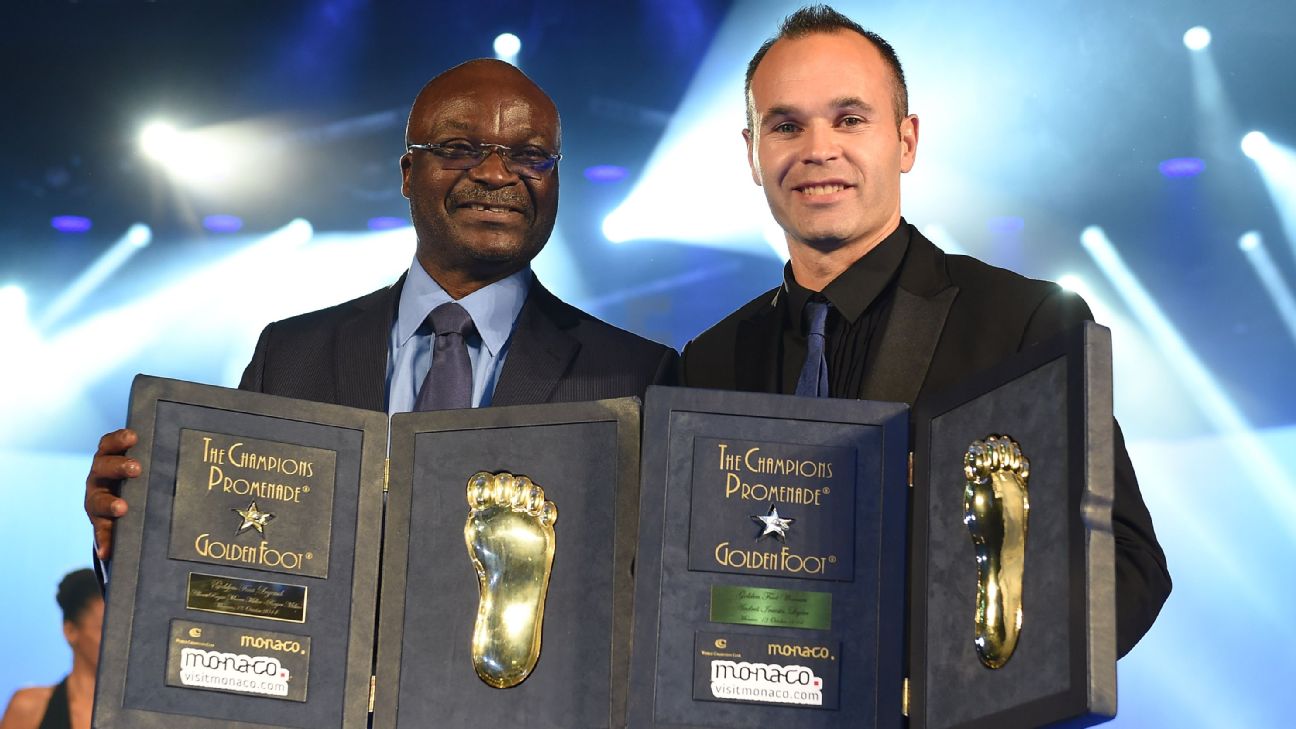 Instrumental roles in six La Liga titles, three Champions Leagues, one World Cup and one European Championship were finally recognised in 2013-14, the year Iniesta and Barcelona won nothing. 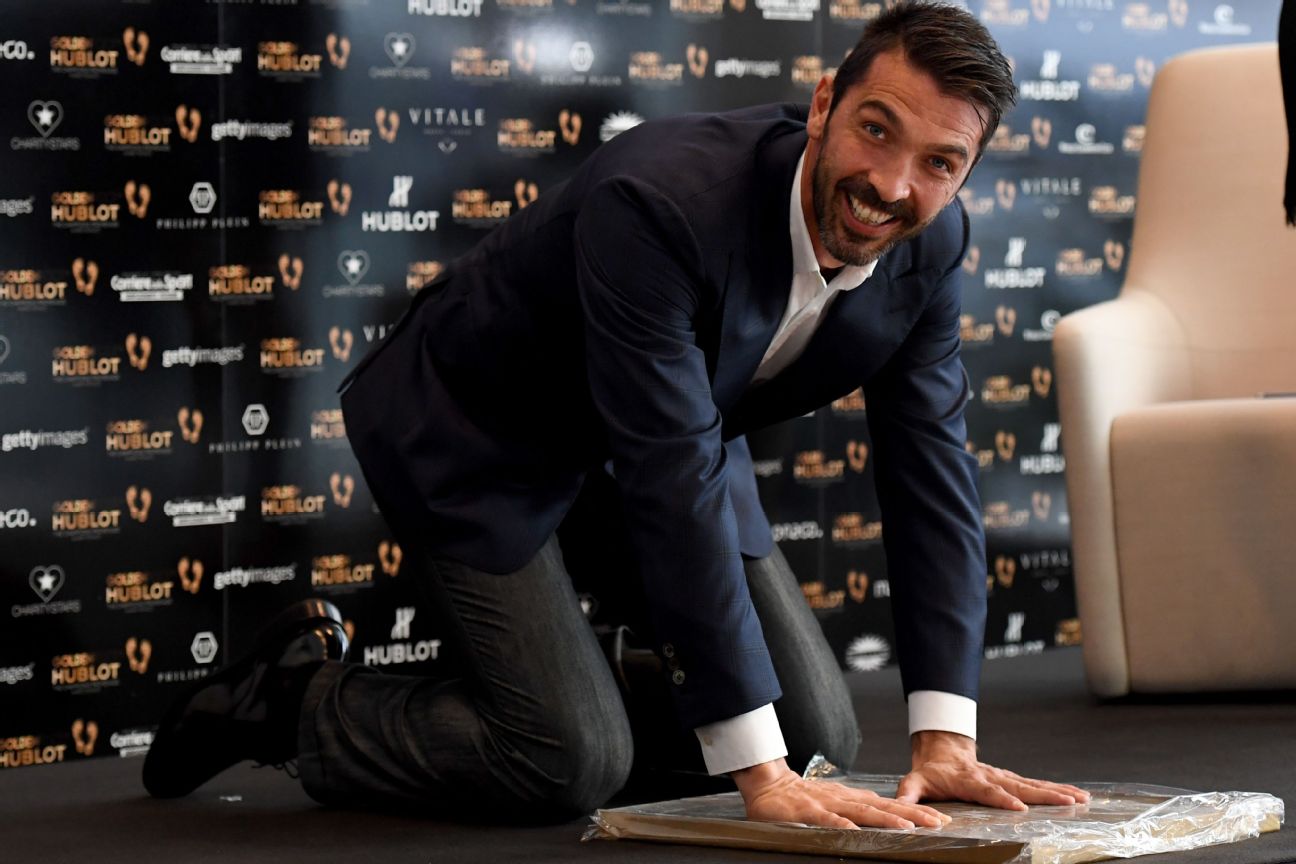 Somewhat ironically given his position as a goalkeeper, Buffon took the Golden Foot award after winning his seventh (or ninth, depending who you ask) Scudetto with Juventus. He had previously set a new Italian record (974 minutes) of consecutive minutes without conceding a single goal.

Casillas ensured that goalkeepers took back-to-back Golden Foot awards halfway through his third season at Porto. The previous campaign he overtook Paolo Maldini as the player with the most appearances in European club matches (188).

Cavani claimed the Golden Foot just as he was beginning to lose his grip on a regular starting berth in the PSG first team. The previous season he scored 40 goals in just 48 appearances as the Parisians won a domestic quadruple.