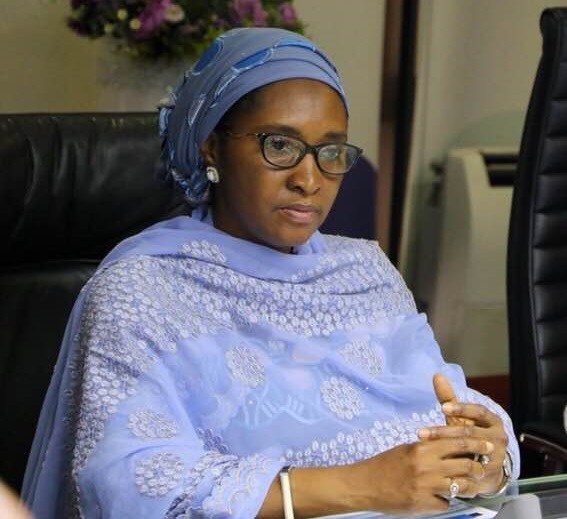 The International Monetary Fund (IMF) has backed Nigeria’s closure of its borders with some neighbouring countries over issues bordering on illegal trade.

Director of the African Department at the IMF, Mr Abebe Selassie, stated this at a media briefing on the sidelines of the World Bank/IMF Annual Meetings in Washington, while responding to a question on the impact of the border closure on the African Continental Free Trade Agreement (AfCFTA).

Selassie said although free trade was critical to economic growth of the continent, it must be legal and in line with agreements.

“On the border closure in Nigeria which has been impacting Benin and Niger, our understanding is that the action reflects concerns about smuggling that has been taking place.

“It is about illegal trade, which is not what you want to facilitate,’’ Selassie said.

He said the IMF was hoping for a speedy resolution of the issues as the action was already taking a toll on the economies of the country’s neighbours.

“We are very hopeful that discussions will resolve the challenges that this illegal trade is posing.

“If the border closure is to be sustained for a long time, it will definitely have an impact on Benin and Niger which, of course, rely quite extensively on the big brother next door,’’ he said.

Ahmed said the closure would remain in force until the country secured the commitment of its neighbours to trade agreements and treaties signed with them.

Meanwhile, the IMF director said the AfCFTA was one of the most exciting policy developments in the region in recent months.

Selassie said analyses by the Fund showed that the initiative had a “tremendous potential to facilitate higher economic growth’’.

The IMF projected a region wide economic growth of 3.2 per cent in 2019.

Selassie added that the “hard task’’ before African nations was making sure the AfCFTA was fully implemented “to facilitate the trade that we need to see between countries in the region’’.

He explained that the Fund was not particularly wary of China, which he said “has been a very important development partner for many countries in sub-Saharan Africa.

“There are some countries that have borrowed extensively, and this is not just from China but from all other sources of financing either through Euro bond, domestic markets or other sources of capital.

“Yes, there are countries that have borrowed beyond what they can quickly pay, but it is important that we get this story straight.

“China has been a very important partner for many countries and remains so.

“Our concern really is more about overall debt level, not just about debt but some other things.

“One is, once you have borrowed money to invest in infrastructure, health and education, it is important you are able to capture the rate of return on that investment so that the debt can be serviced.

“What you put the debt to and how effective the investment projects that you are undertaking is really the important part of the equation,’’ Selassie said.

He added that it was also important for countries to address their “tremendous development needs avoiding debts becoming unsustainable’’.

The National Association of Government Approved Freight Forwarders (NAGAFF) has urged the federal government to make the country’s ports user-friendly to shippers and other maritime operators.

NAGAFF president, Uche Increase, gave the advice in Lagos, yesterday against the backdrop of the closure of the country’s land borders two months ago.

“Whatever reason that warranted the land border closure is best known to government and we believe it’s for the best interest of the country.

“But on a larger scale, government needs to evaluate the issue of borders being so porous that illicit trade are going on there or the insecurity of bringing arms and ammunition into the country.

“The next stage or level of enquiry should be to look into port operation properly; the reason why people tend to transit their cargoes through the neigbouring countries, let government make enquiry as our ports are not user-friendly.

“The service providers are unfriendly, the concessionaires of port terminals saddle shippers with arbitrary, unapproved charges, highhandedness on demurrage and storage fees and others,” he said.

The freight forwarders urged the federal government to set up a committee to look at the issues holistically in order to attract more patronage to the nation’s ports.

They also noted that the border closure might have negative effect on Nigeria’s relationship with the neigbouring countries as the country is a signatory to AfCFTA.

“Right now, freight forwarders are somehow confused because they are not operating, and perishable goods are getting spoilt due to border closure,” Increase said.

The NAGAFF boss urged the federal government to have a rethink as closing the border without making the nation’s ports user-friendly might lead to more smuggling and other illegal activities.

“We are not saying government should compromise on security but trade must be facilitated, the borders must be accessible for things to move on,” he said.