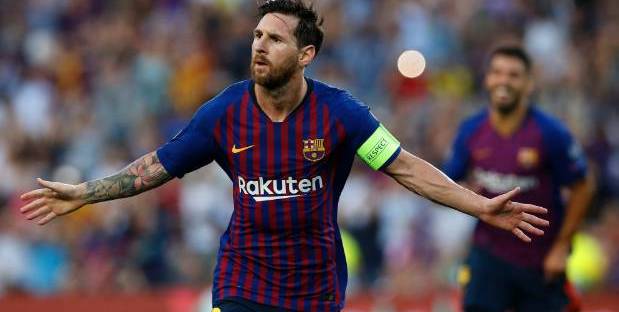 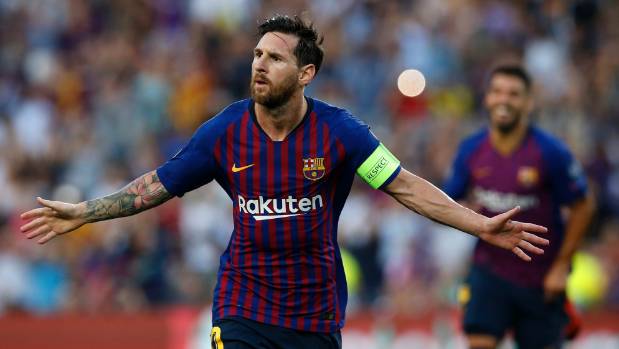 A brilliant hat trick from Lionel Messi and a wonderful solo effort from Ousmane Dembele helped Barcelona’s Champions League campaign get off to a winning start as individual quality helped them hammer PSV.

Messi opened the scoring with a devilishly good free kick before a fine individual effort from Dembele, who now has five goals for the season, doubled Barca’s advantage. The home side made it three when Messi applied a first-time finish to Ivan Rakitic’s through-ball after the break and the Argentine completed his treble with another well-taken goal late on.

Samuel Umtiti was sent off for a second booking before Barca’s fourth, but the damage had already been done.

Ernesto Valverde says his side are “extra motivated” to do well in the Champions League this season. After three successive quarterfinal efforts, the La Liga champions are desperate to wrestle the trophy back from Real Madrid, who have won the European Cup in each of the past three campaigns.

The Barca coach, therefore, took no risks against PSV, naming his strongest side from the start. It didn’t lead to a particularly strong performance, though, and the visitors came close through Gaston Pereiro and Steven Bergwijn before they eventually fell behind.

However, once Dembele swiveled past two men and curled into the corner of Jeroen Zoet’s goal with 15 minutes to go, the game was up. The French forward has started the season in fine form, finally looking to have moved on from last year’s injury problems, but it was Messi who closed the game out.

He scored two more to complete his hat trick, his eighth in the history of the competition — more than any other player.

Under the wall or over the wall? That’s the dilemma for lining up in front of Messi’s free kicks these days. Against Alaves last month he went low. Perhaps that was on the PSV players’ minds when he arrowed a free kick over their heads, their feet rooted to the floor, into the top corner of Zoet’s goal with the type of accuracy we’ve come to expect from him.

In an interview with Catalunya Radio broadcast over the weekend, Messi said that one of the areas of his game that has most improved is free kicks. The numbers certainly back him up. According to Opta, he has scored 25 goals from free kicks in the past five years, more than any other player in Europe’s top five leagues.

He has scored an incredible eight in 2018 and already has two this season. He’s improved, all right. It’s genuinely almost reached the stage where you feel he’s more likely to score from a stationary ball 25 yards out than from the penalty spot.

PSV became the 30th side he has scored against in a competition he is desperate to win this season. One Champions League trophy in seven years has been used as a stick to beat him and he’s said publicly that he’s more desperate than ever to bring the European Cup back to Camp Nou this season.

3. PSV could have a say in Group B

In perhaps the toughest Champions League group, PSV are perhaps the least fancied to progress. Top seeds Barcelona are favourites to progress in a quartet that also features Tottenham Hotspur and Inter Milan.

However, Barca coach Valverde said before the game that he didn’t think the Dutch champions were the weakest team in the group. Their performance at Camp Nou suggests that, while his comments may be proved wrong come December, they could be the group’s surprise package.

Barca, of course, were on the front foot but PSV posed a threat. Pereiro and Bergwijn both came close before Messi’s opener. Lozano became one of the few men to outpace Jordi Alba as Barca struggled to deal with his pace, while De Jong also proved a handful. Tasende was denied by Ter Stegen after the break and only a brilliant Pique block denied Lozano an equaliser.

PSV leave Camp Nou beaten, but this, on paper, was their toughest game. They were in the game until the final 15 minutes and they could have a big say in who makes it out of the group.